The Red Clay Survey is an eleven state southeastern survey of contemporary art held periodically at the Huntsville Museum of Art in Huntsville, Alabama. My piece, Domination Extinction, was one of the eighty pieces from a group of sixty-one artists that were selected for the exhibit by artists Janet Monafo and Paul Rahilly from the Massachusetts College of Art. 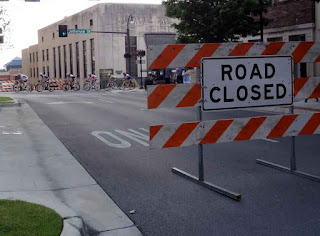 Indian Creek Canal  is a man made canal that dates back to 1831 that is totally landscaped all through downtown, and is stocked with every imaginable fish in every color possible. 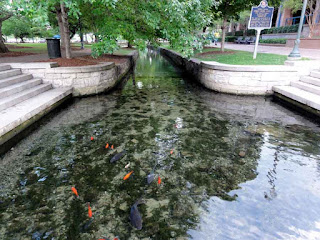 ~
Reception Time!! You can see all the artists and their info on the flip catalogue located on the Museum's index page: www.hsvmuseum.org
Only one work per artist is there, however. I didn't see anything about camera policy, so I took some photos as I walked around. The reception was great- jazz band, good food, wine.

articles and reviews from the Huntsville Times:
http://www.al.com/entertainment/index.ssf/2012/05/huntsville_museum_of_art_colle.html