This was my third time having my work shown in various exhibits at The Bascom in Highlands, NC. The venue is a combination of both galleries and teaching facilities, with a concentration on ceramics. They also bring in solo exhibits from all over, and temporary environmental installations from artists for the grounds that surround the facility,including my favorite, Patrick Doughery . His massive stickworks construction would still be up if not for the tail end of a hurricane passing over and putting an early end to it I think last year. 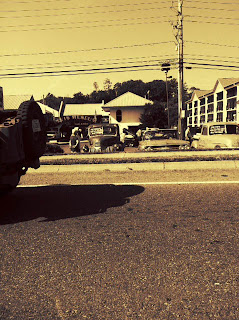 The most direct route to get to Highlands from Knoxville, TN involves driving directly through the Great Smoky Mountains National Park, which is good. What is bad is having to go through Pigeon Forge to get there. Every year, this is the weekend where they have a car event that causes gridlock of monumental proportions that involves people dragging in everything from classic cars to outright pieces of rusting crap, jeeps, and even golf carts. Exhibitors sit on lawn chairs on the side of the main drag by their parked vehicles, while everyone else cruises. Two years ago, I came straight back at night by mistake, and it took 3 hours to drive 12 miles. There are a couple attractions there that are worthy in town, such as the Titanic Museum, and Dollywood, but basically it is an amusingly (and embarrassing) trashy strip where the only food seems to be Pancakes. (We are grateful for the revenue and ironic photo ops, thank you very much). Cherokee is at the other end of the park, where there is the casino, a decent Native American living history museum, and where you can pay a local wearing full something-or-other feathered "Chief" regalia to do a native dance of indeterminate source. And you can buy moccasins. From there, you shoot through the incredible beauty of the old gem mining counties of NC, and up a winding road that goes about 2,000 feet up past endless waterfalls into the 4,000 ft.+ elevation of Highlands. 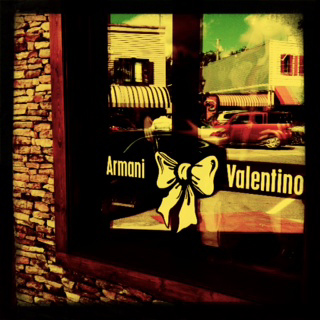 You can still buy moccasins here, but this type of shop is more the norm. The Nantahala National Forest that edges the west of town turns into endless golf courses, country clubs, and gallery/antique shopping going north all the way up to the awesome town of Brevard, where you once again you get close to entering the massive park systems at the Pisgah National Forest. Beware of the motorcyclists up there. They think the entire area is their private race track, and everyone else is in the way. Speed limits are suggestions, no passing areas are a joke. The cops hate them but you can't stop speeders on switchbacks. One almost bit it in the gravel after he passed me- his handlebars almost touching my car. I saw his buddies laughing at him through the rear view mirror. Jerks. 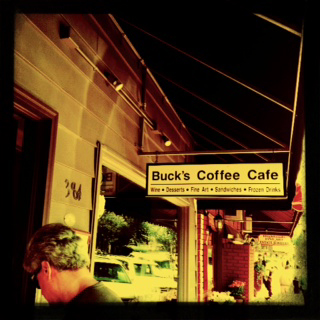 Well-back to Highlands. We like Bucks coffee shop. There is also a great place to eat breakfast down the street inside an old drug store with 20th century prices. There are some good outfitter shops-great sale prices on hiking boots and stuff. There is also a strange "Auction House" that is like micro Southeby's wanna be. Lottsa good restaurants. Big fancy vintage Inns. We stayed in a horribly overpriced hotel, but it was either that or sleep in the van. 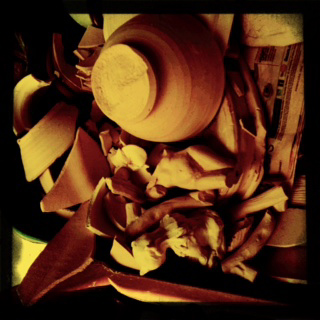 At The Bascom, they have a trash bin by one of the ceramic studios with this stuff in it. Some of it looks too nice to be rejects.
The exhibit is primo. Realism to conceptual. Bronze sculptures with zipper heads. A spinal column made from translucent pig stomach linings below, to the right. I've got gallery images from a couple angles, and some favorites. The reception was terrific. Artists came in from as far away as CA.

I was excited to see Michigan artist Chris LaPorte in the exhibit (above). His work is well known particularly through the Grand Rapids incredible ArtPrize event, where he won the big one in 2010-the biggest monetary art award in the world. In fact, I was told he submitted the piece that won that award, but the dimensions were monumental, and there were concerns about it fitting, so they took the smaller one even though they wanted the bigger one.
A Donald Robson diptych to the left. He is a professor at Kennesa State in Georgia. I really like his work. He does lots of strange people in odd uniforms doing things that aren't clear. 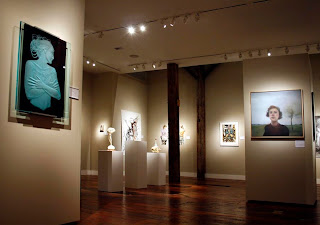 A Sharon Roadcap glass etching to the right. She runs an impressive glass studio in Virginia Beach where they produce work for public art installations with 2 of her children. 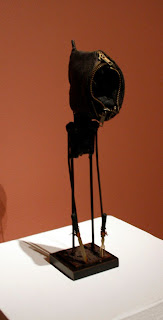 A Ronald Gonzalez from NY. I love this creature. 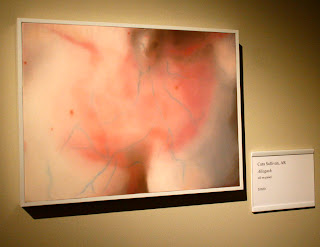 A Cara Sullivan from New Mexico. It kind of reminds me of my friend Alison Oakes work. 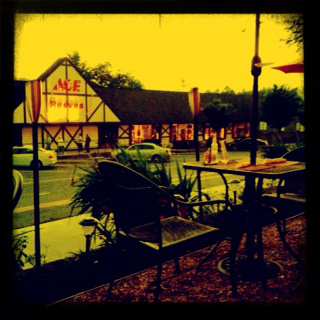 We ate dinner on the outside patio of a local restaurant, where even the Ace Hardware is classy. 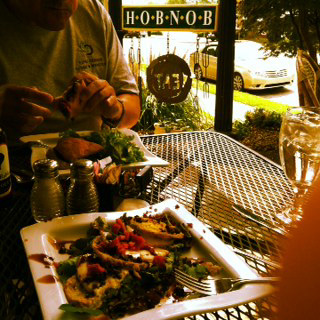 On the way back the next day, we had great food at Hobnobs in Brevard. I had fried green tomato caprese salad with smoked fresh mozzarella. Italian/Southern fusion locavore food at it's best served on the front porch of an old renovated house!

Posted by Denise Stewart- Sanabria at 11:41 AM No comments: