"War of the Lawn Ornaments"
March, 2012, at The Balcony in the Emporium Center for the Arts, 100 Gay Street, Knoxville, TN
Wildly underwritten by: The Society for the Preservation of Lawn Art, with help from the Knoxville Arts and Culture Alliance.

There is a remote place in East Tennessee where concrete garden statuary has been manufactured for 50 years, with some of the molds even older than that. This place is like some strange kind of archeology site of the distant past, already unearthed. Within just moments of being in this place, the concrete characters, both human and animal, seem to assume a life force that begs you to come see them, and listen to their stories. The concrete beings were amassed on pallets in the craziest juxtapositions and "conversational groupings", and there seemed to be no end to the narratives contained there. There was pain, evil, and absurdity. Disturbingly, some of the figures still produced there were reminders of a South that should already have been extinct, but they were still there in all their racially offensive horror.
The second location was a business in North Tallahassee, Florida. Totally different souls trapped in concrete were found there.
My favorite sculptures were the religious one-only love and devotion could be motivators for them. I grew up in Massachusetts where the Virgin Mary is in so many yards, so I never tire of spotting her. I had a total of around 28 photos from both sites in the exhibit, and am posting just a few.


I made three clay figure dioramas for the exhibit. Artist statement for "The War of the Lawn Ornaments: Payback":
Quite a while ago there was a KKK Rally up in Cocke Count on the courthouse steps. It was raining, and the police and their service dogs were everywhere. I wanted to see these fools I had only seen in news broadcasts in person. I had family members harassed and targeted by them in the early 20th century New England town I also grew up in. My newspaper photographer grandfather had even been sent on assignment to take photos of a rally during that time, but my grandmother, horrified at the sight of them, destroyed the negatives she later found in the house. I went up to Newport with my cameras to the counter rally, standing by Earth Firsters pounding on dry wall buckets, church people with banners proclaiming Love They Neighbor, and the press. There was one bearded Klan member wearing the requisite dunce cap that looked just like a demented garden gnome. I wanted to do something with the idea of deranged KKK garden gnomes ever since, and I finally got an excuse! 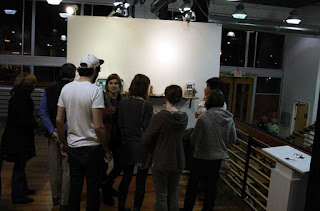 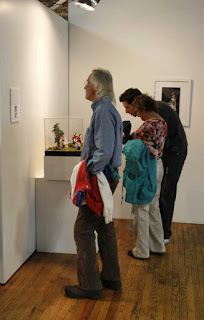 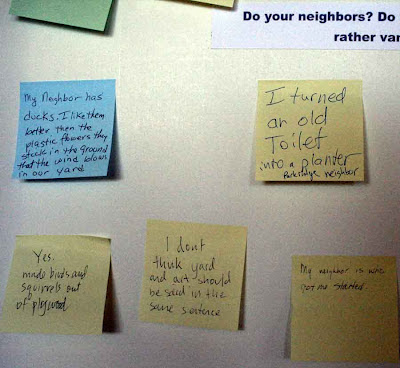 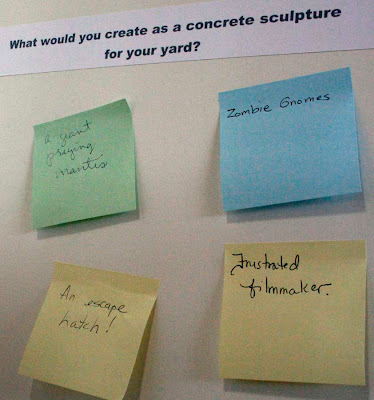