Have You Seen Bob project

"Have You Seen Bob" http://www.facebook.com/home.php#!/pages/Have-you-seen-bob/164395610249824 is a project of Richard Legg, a British photographer http://www.tinlizard.co.uk/ . He has been contacting photographers around the world to photograph "Bob". Bob is a screen print on cardboard of a rather depressed looking kind of Hipster Dude. Collaborating photographers receive a Bob in the mail, and go about putting them in their world. I decided on a simplistic narrative bit. My Bob has had an:
Adventure in Appalachia 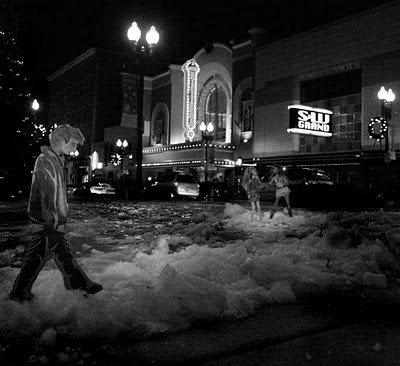 Bob heads to the Big City on a snowy Saturday night. Lots of pretty girls in Downtown Knoxville. They ignore Bob. Why is it always this way? 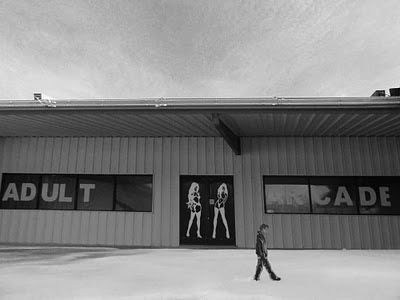 Bob heads up Rt. 75 N hoping that maybe if he pays he can get some action. Wrong. The strip joints are closed. It is Sunday morning. 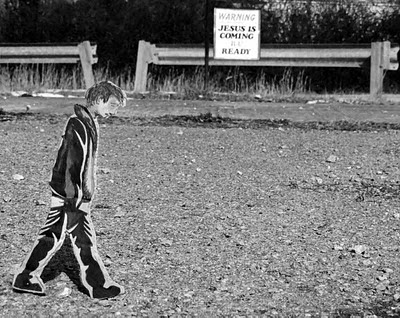 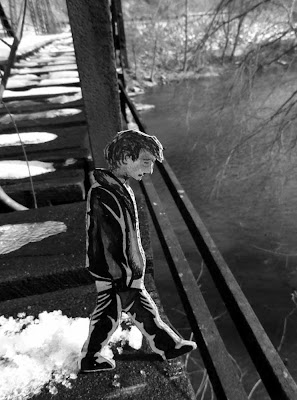 Should he end it all? Of course not. That water looks freezing. 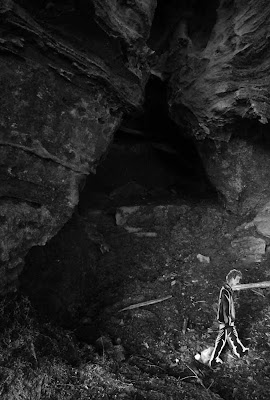 Bob heads for the wilderness. Maybe he should just live in a cave. 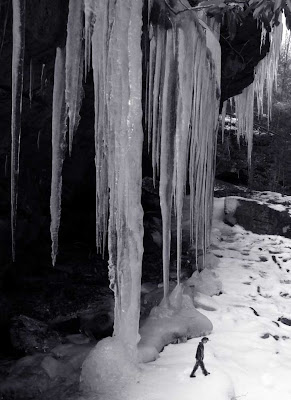 Could he survive here? 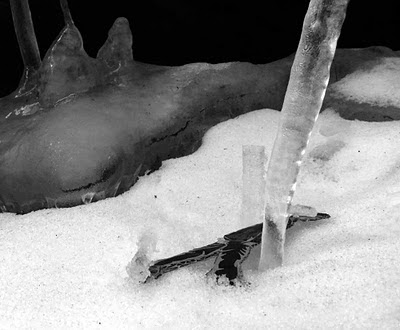 Not likely. A giant icicle knocks Bob down and nearly kills him. 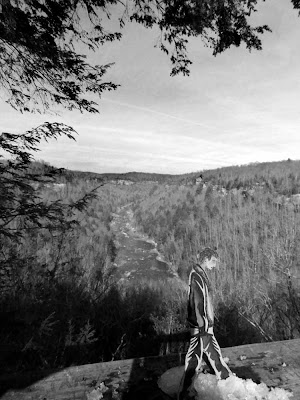 Bob decides he'll make another go of it, and heads back to Knoxville. Maybe if he takes his hands out of his pockets and looks up once in a while people won't think he's a total drip. Maybe he just needs a latte.
Posted by Denise Stewart- Sanabria at 10:49 PM